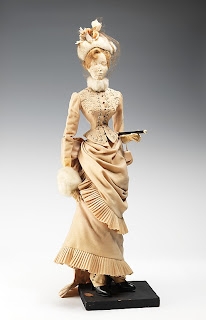 1888: House of Balmain. "The inspiration for this dress was a design created by Worth for the Empress Elizabeth of Austria. Empress Elisabeth of Austria (1837-1898) was the wife of Emperor Franz Joseph (1830-1916). She was known for her keen fashion sense as well as strict health and beauty regimen." 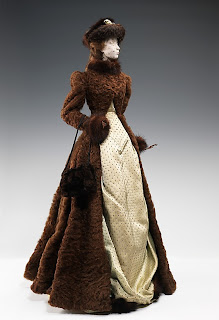 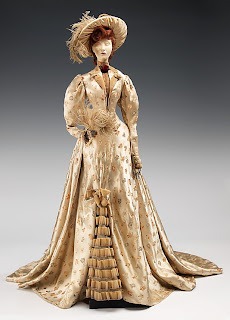 1890: Georgette Renal. "This dress was inspired by a design by Redfern. British-born designer John Redfern opened his salon in the English seaport town of Cowes. As the house's popularity grew in Britain, it was expanded to the United States, and later Paris in 1891 under the design direction of John Poynter. After years of success Redfern was "By Royal Appointment to Her Majesty the Queen and H.R.H. The Princess of Wales" in 1888. After Redfern's death the house continued under the direction of Poynter, becoming a member of the Chambre Syndicale de la Haute Couture." 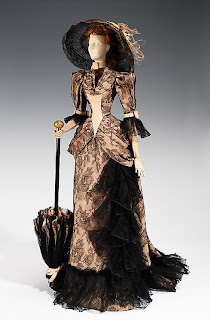 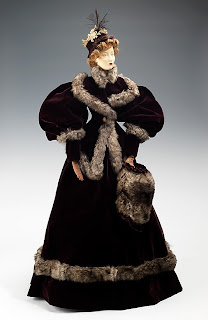 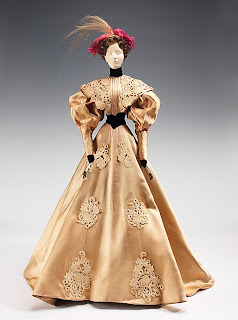 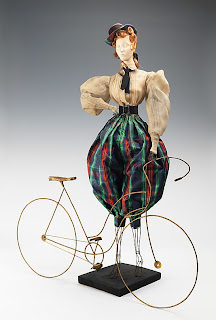 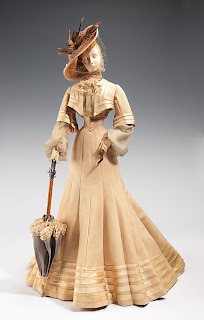 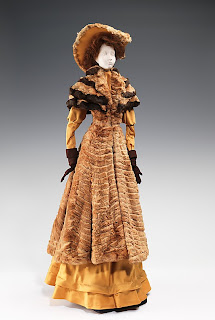 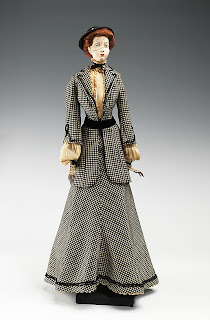 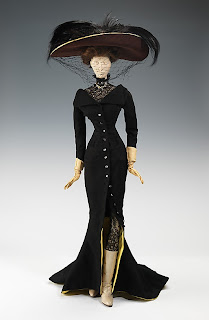 Thank you so much for sharing all of these! They are beautiful, and great inspiration! :)
My favorites are the 1816 orange gown- I could totally see myself wearing that... also, I love the 1830 riding dress ensemble, and you can't forget those adorable 1900 bicycling bloomers! :D
-Julia