I realized I never quite got around to posting about the 1670s gown I made earlier this year. It's mostly based on the satin bodice in Seventeenth Century Women's Dress Patterns. The instructions and patterns offer so much detail there wasn't much else to research in terms of construction. This was for a film shoot at Bacon's Castle, and it didn't seem like the lady of the house would need something quite so elaborately trimmed. I also needed something slightly later in date than the extant in the book, the event occurring in 1674. I settled on the look of these gowns, the bodice being untrimmed with split sleeves, a style seemingly common in many 1670 portraits. I didn't want to be too far ahead with the fashion. 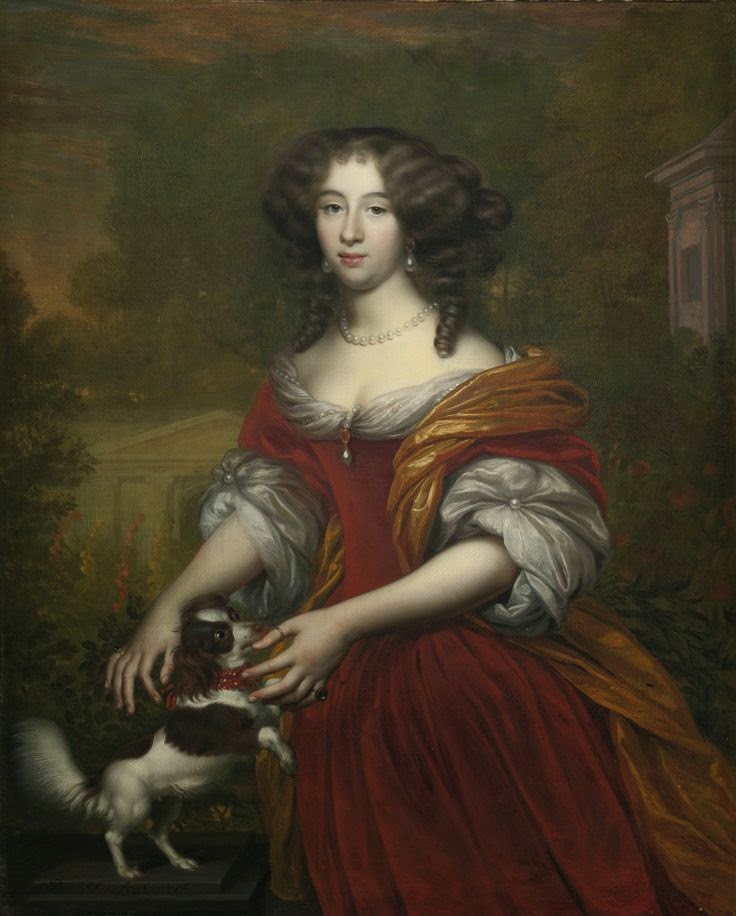 Portrait of a Lady by Adriaen Backer, 1676 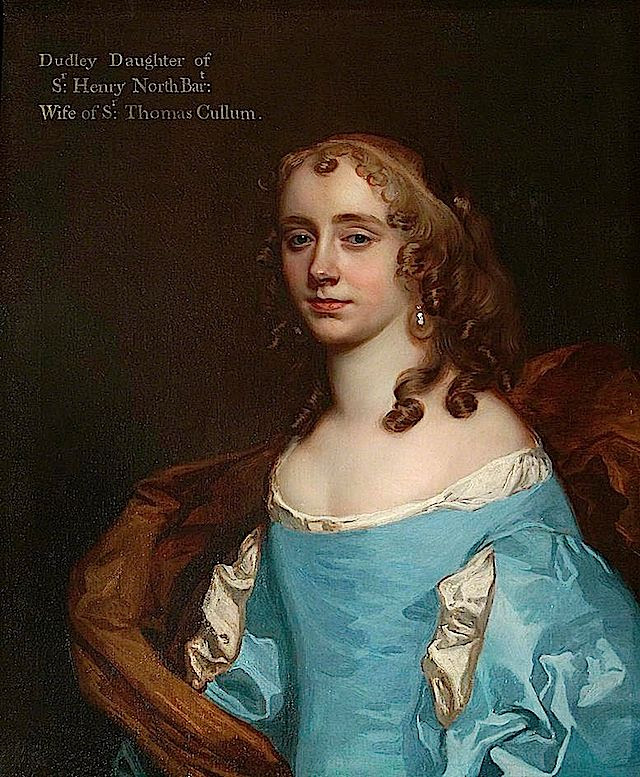 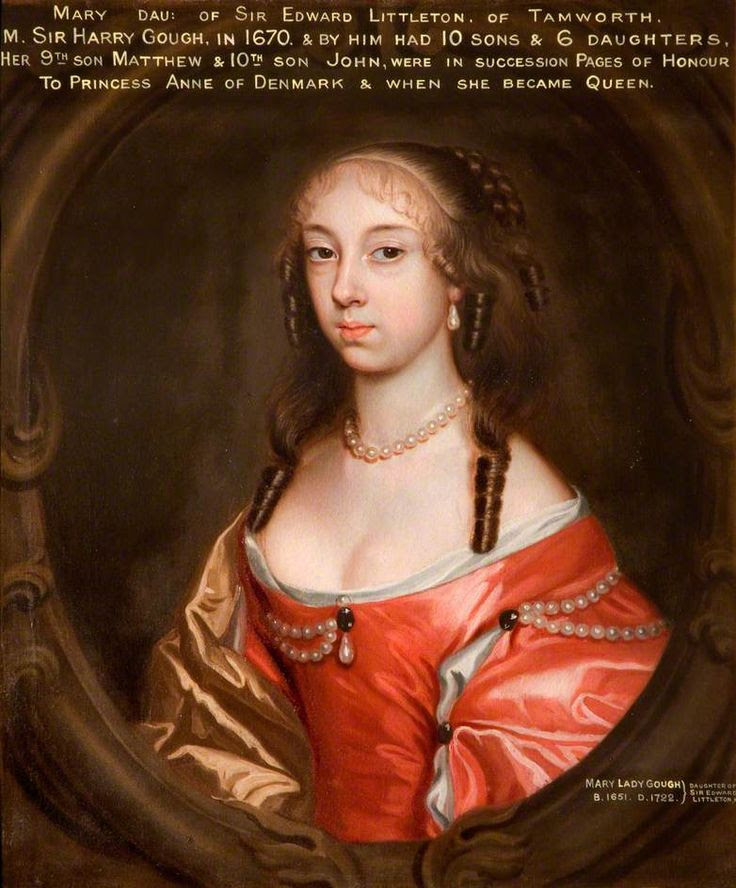 I already had just enough red silk taffeta for the project, swaying me to not purchase yards of expensive silk satin. I did decide to do the entire project by hand (despite the time crunch) because the boning channels were running stitched rather than back-stitched. So much faster. I know I made some minor alterations, particularly to the seams because of lack of trims, but most of the steps were closely followed. 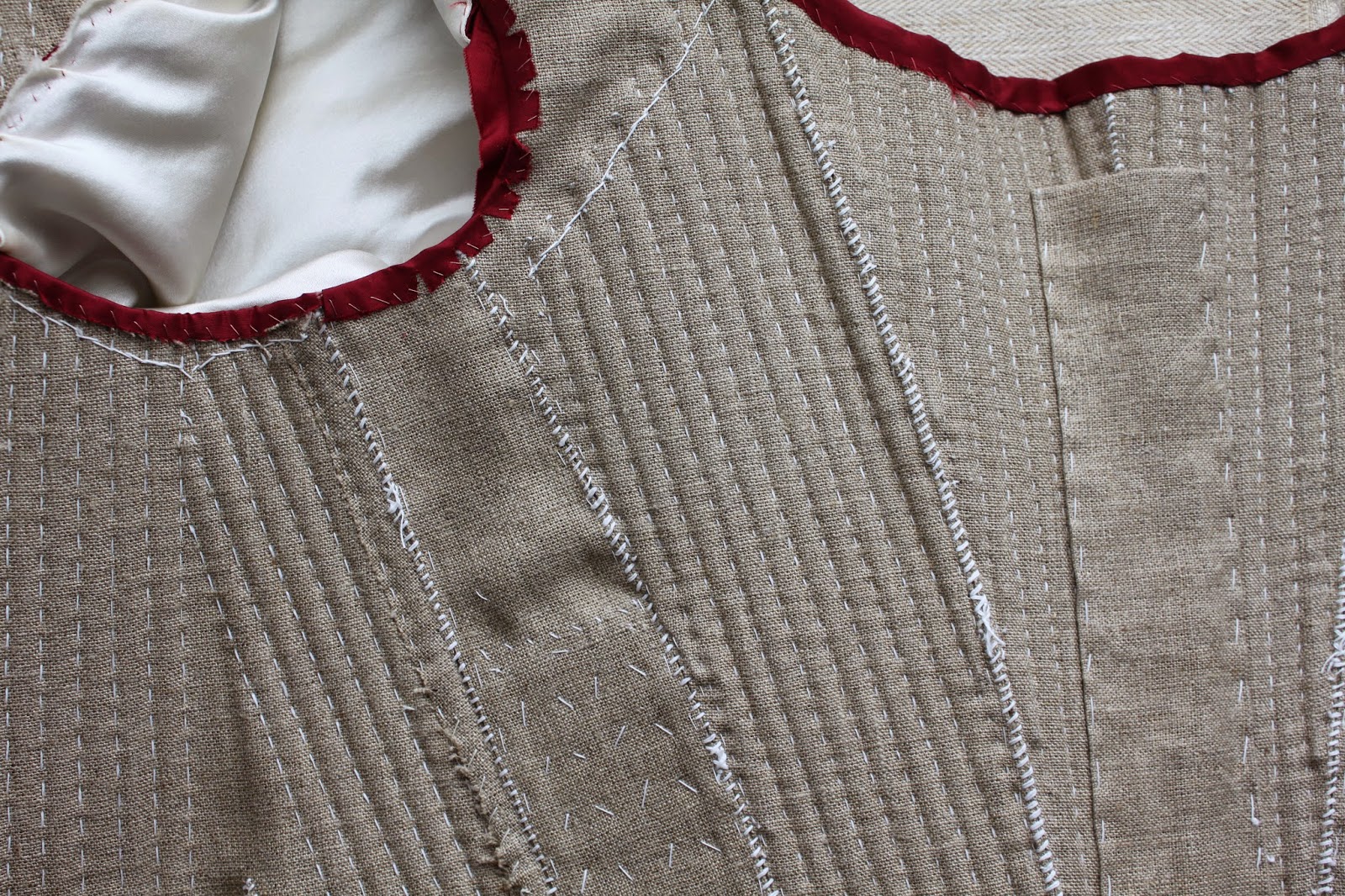 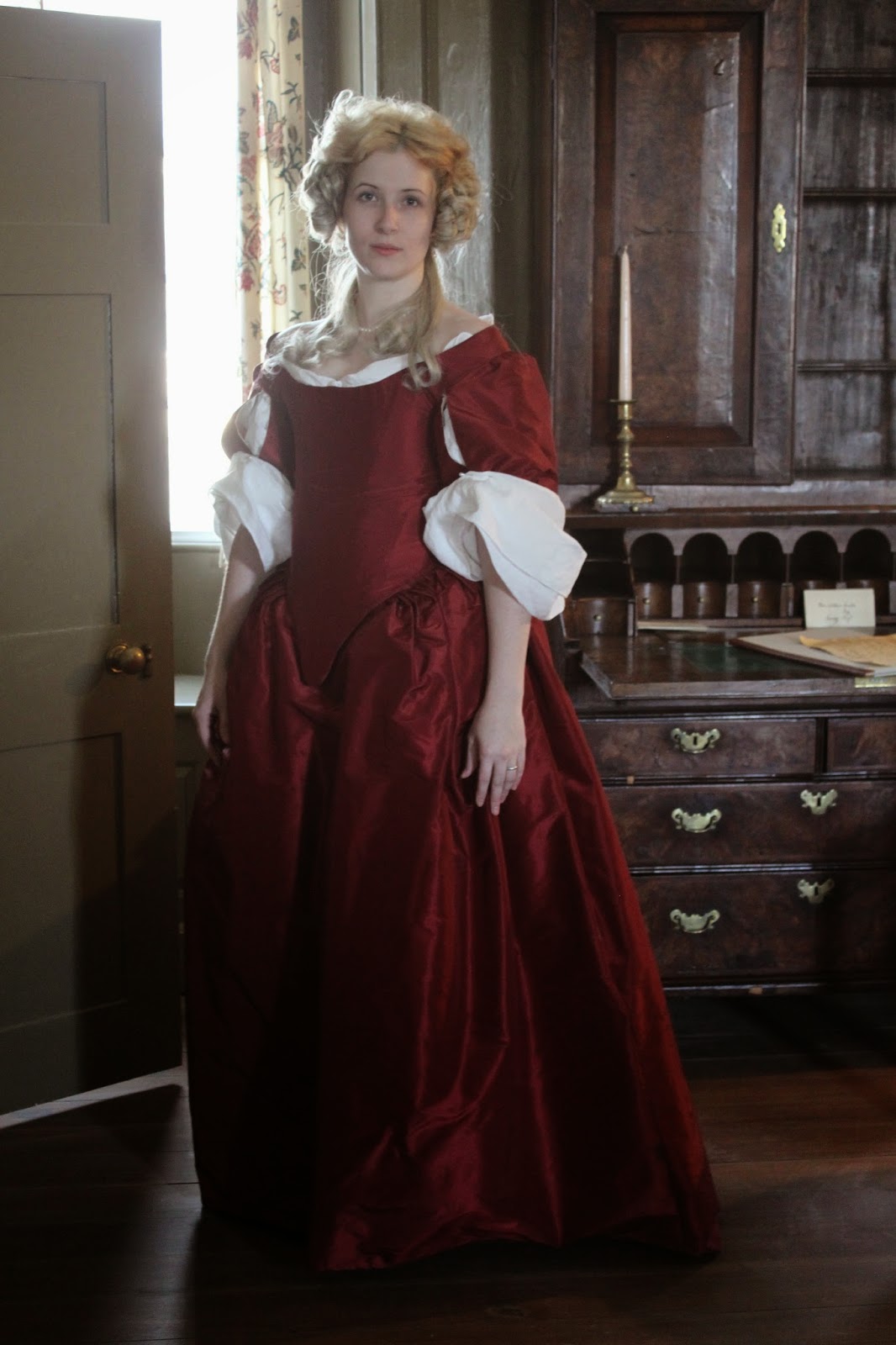 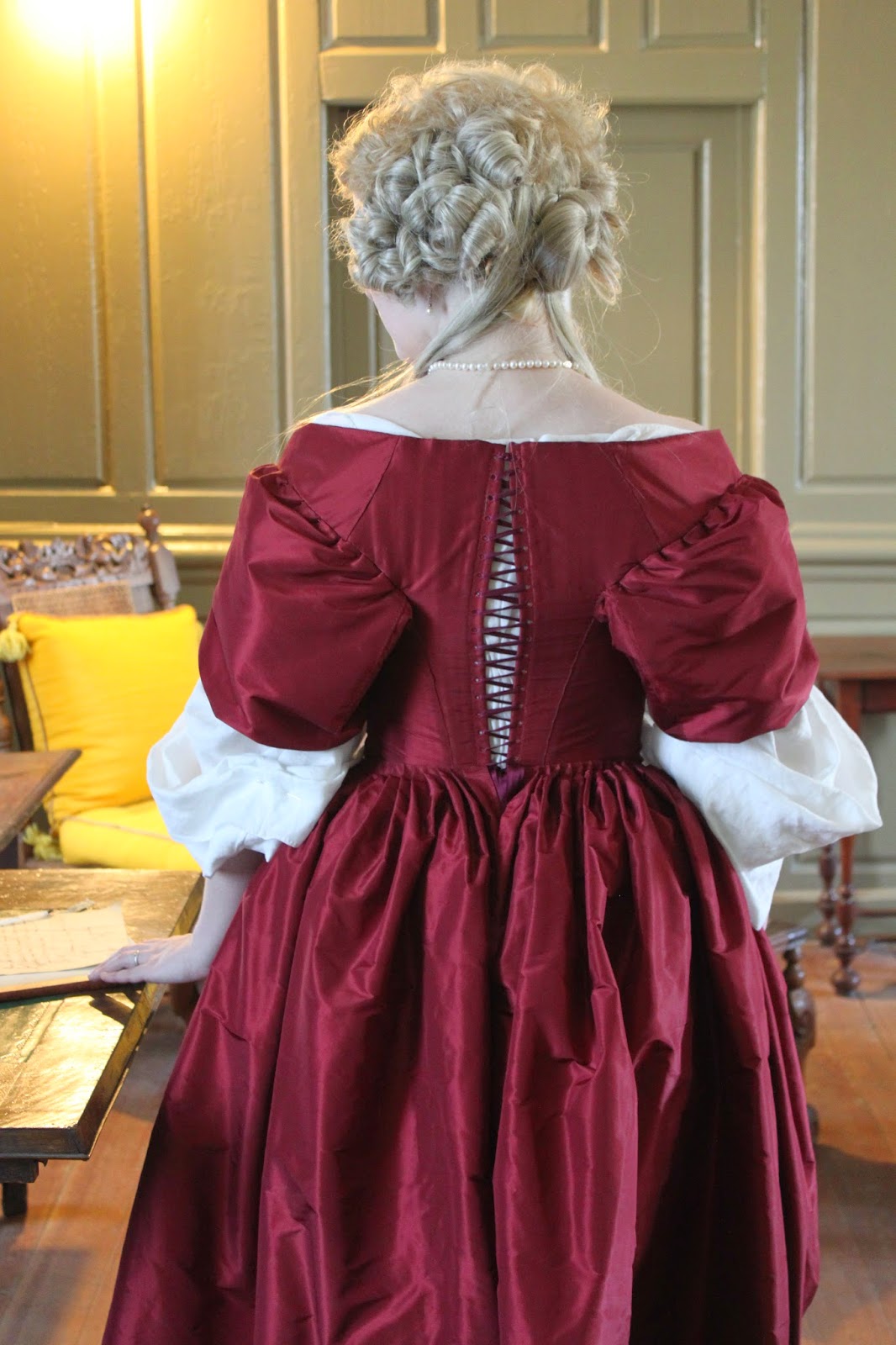 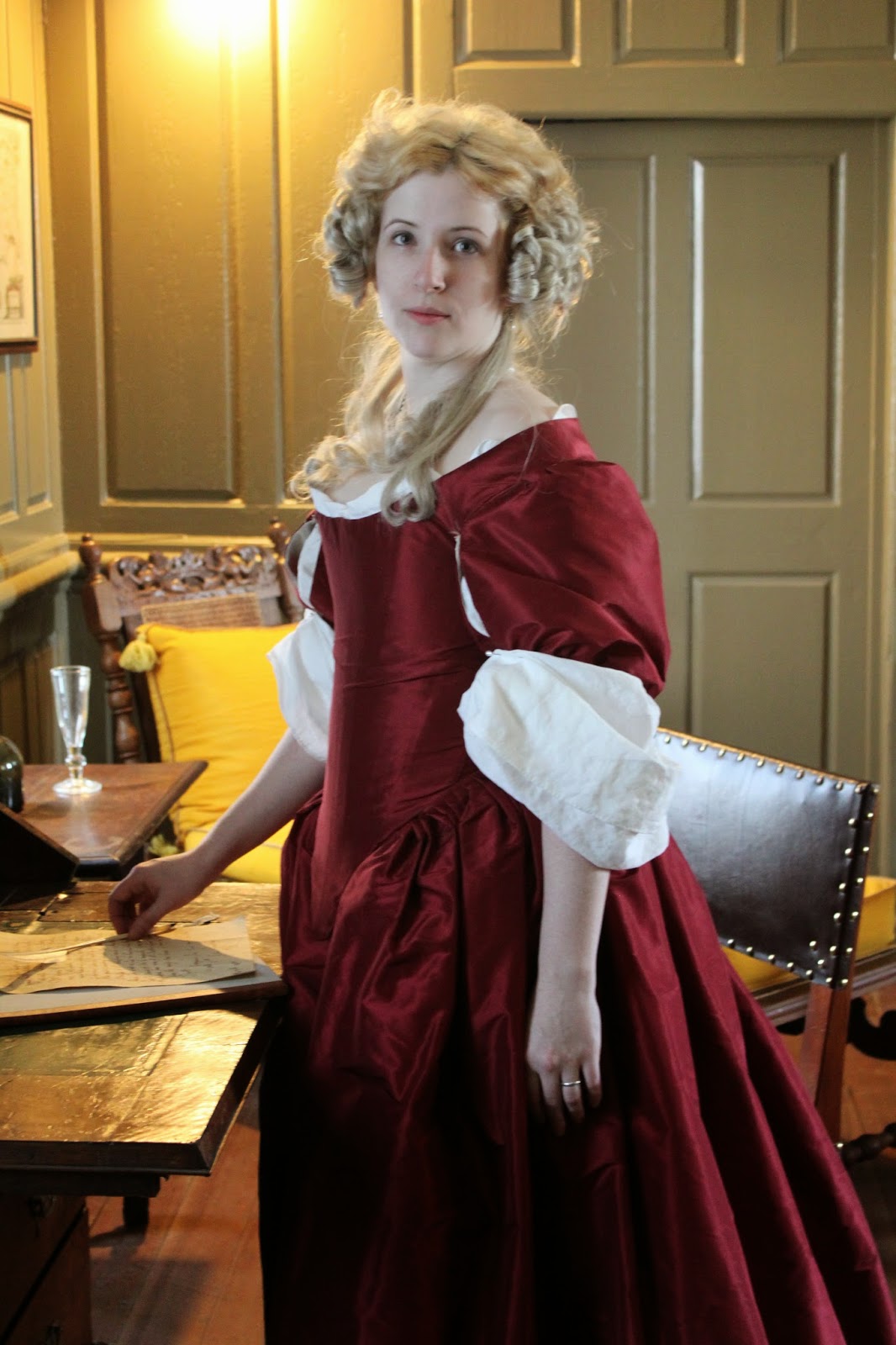 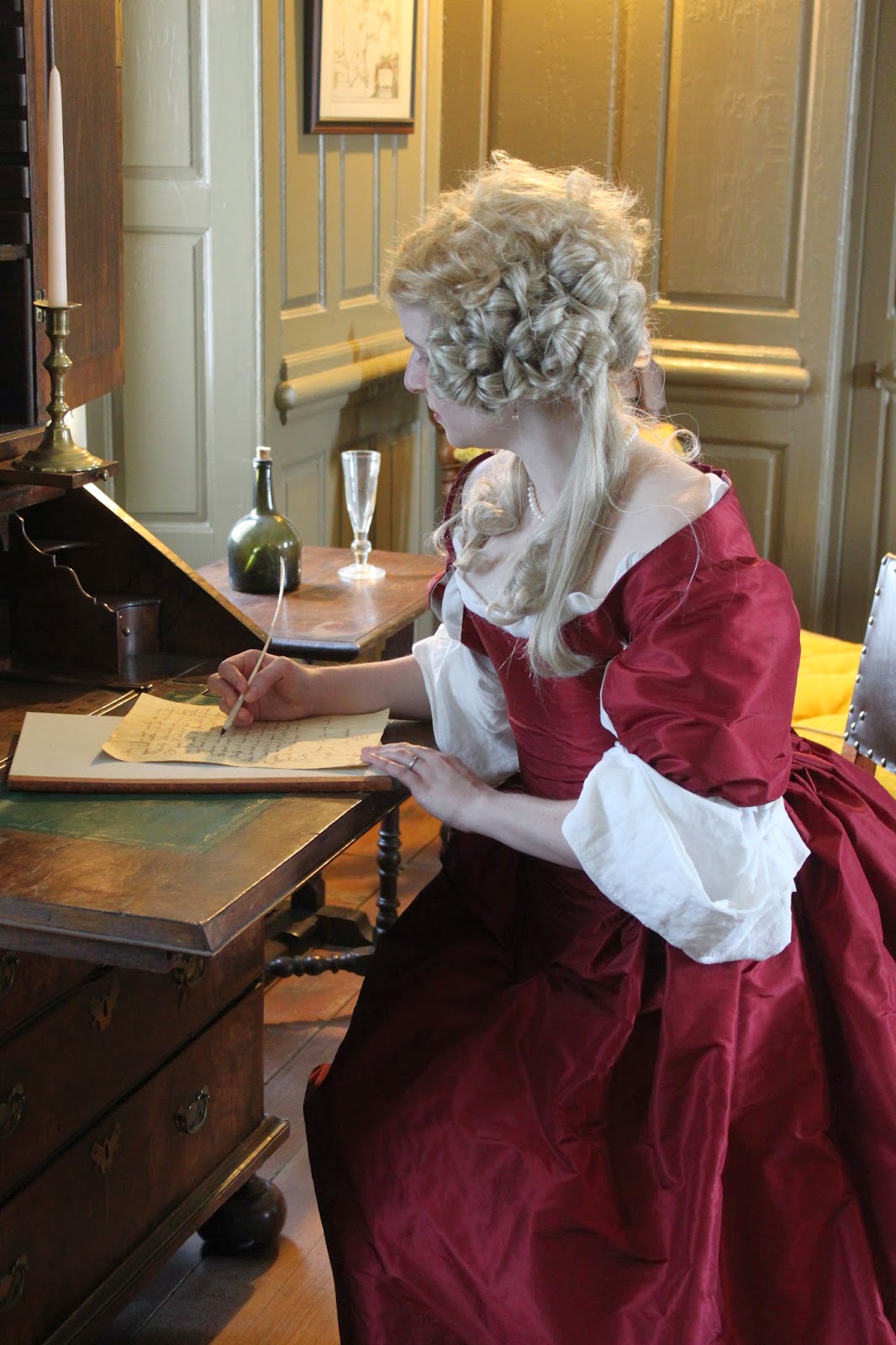 I made the chemise for it as well, though to be honest neither it nor the gown are fully finished in the pictures. I still have to bind the lower tabs and fell the chemise seams. It's still wearable! I have something I'm wearing it for in November again, so perhaps by then. I'll also need new hairpieces as the ones I used then were barely passable and I'm now almost a red-head.