I've been working on this for a couple of months now (including the post disappearing before I sketched all of the shoes and having to find them again). I wanted to have a timeline that showed the changes in style in a very coherent and gradual way. I tried to pick out styles that were not only very typical of their time (for English or American), but could show change from one style to another. And, above all else, be sure to reference what museum the images came from! 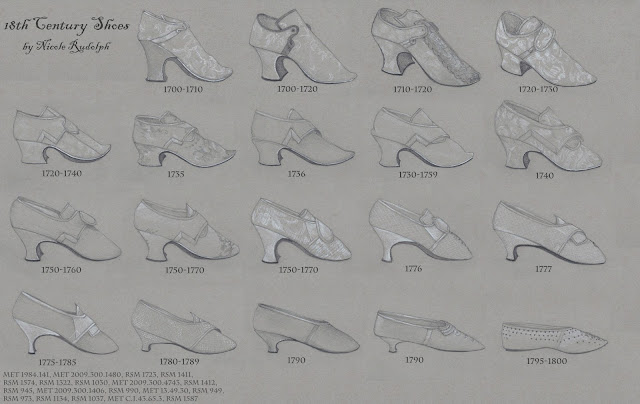 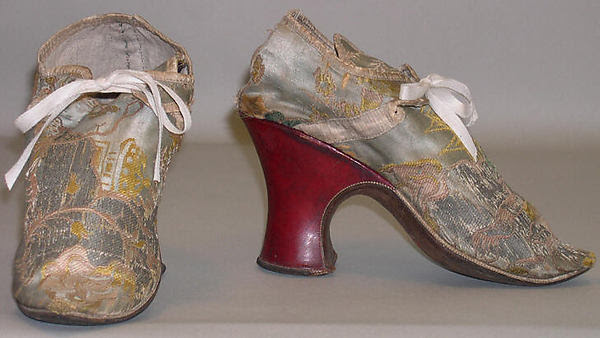 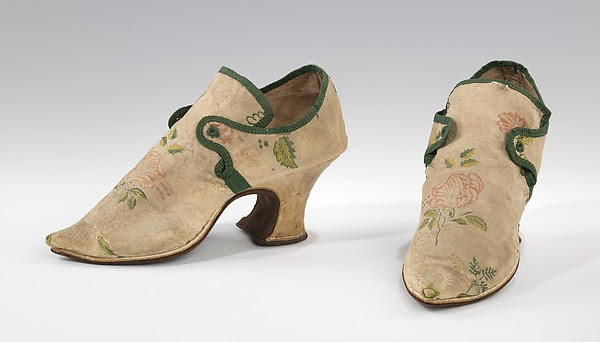 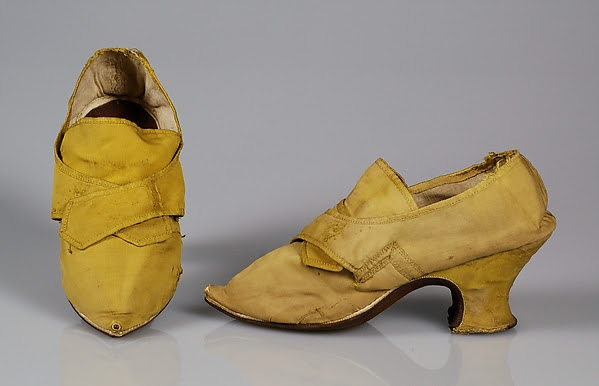 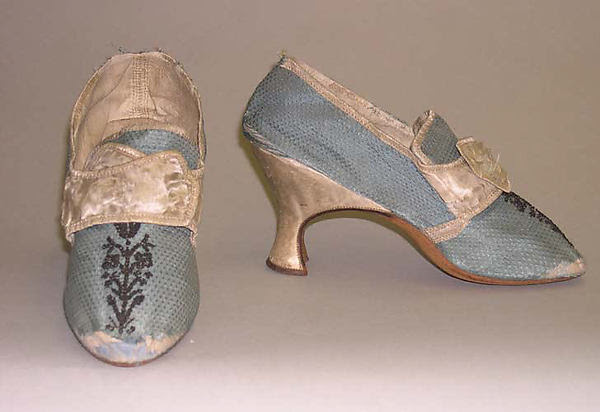 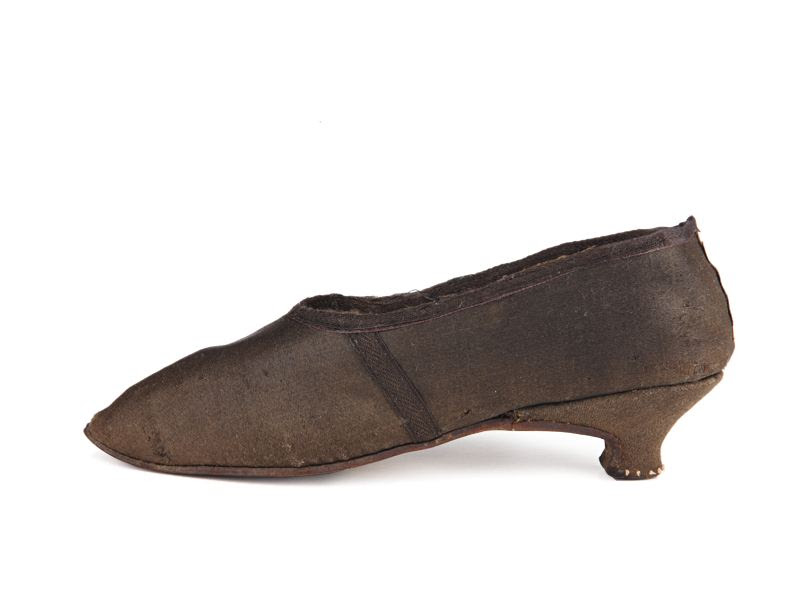 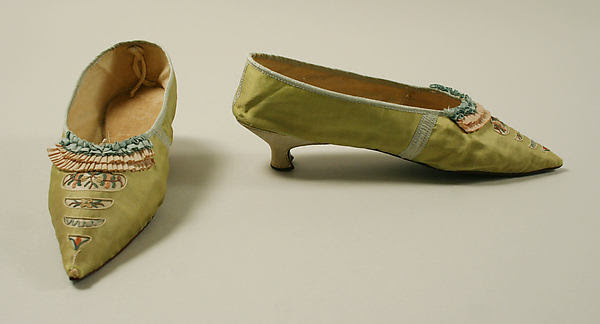