I realized today that I have three pairs of shoes I haven't posted about and two more in progress.  I need to catch up!  So, in chronological order we go.  In October I finished my third pair of shoes- 1740s silk brocade with randed construction. 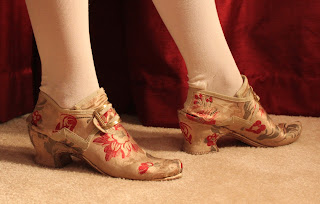 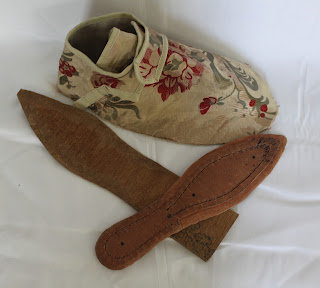 To begin, they aren't terribly different than turn shoes.  I stitched together an upper, this time lining it in linen.  There are many shoes lined in leather, many in linen, and a number with a combination.  I chose linen this time because I wanted to try something different and because it's much cheaper than whittaw in modern terms.  The inner sole is only different in having the hold fast around the front as well.  Because it's there, the heavy outer sole has only skiving around the edges for prep. 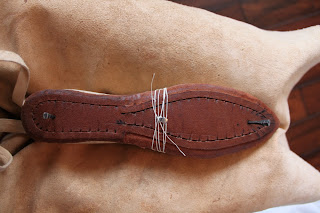 This way you start with the inner sole. 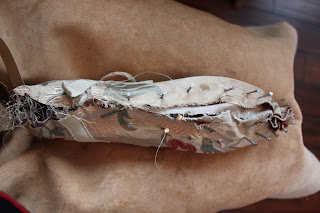 Last the uppers right side out. 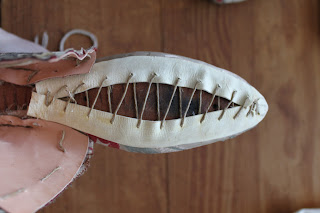 Then, stitching through the inner soles hold fast, you go through the uppers and a narrow strip of whittaw.  This strip then gets folded over to the inside and lashed down. 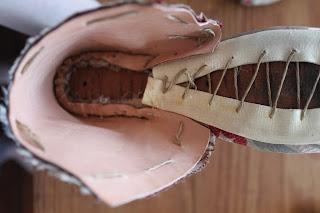 The heel cover is sewn in the normal way.  Since the heel is going to be covered in fabric, I lined it with a light weight leather to help hold the stitches and stress. 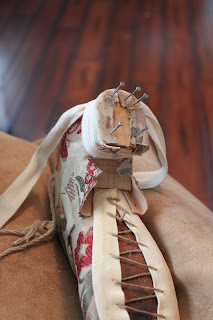 Paste the heel in with lots of tugging and pulling to get the wrinkles out. 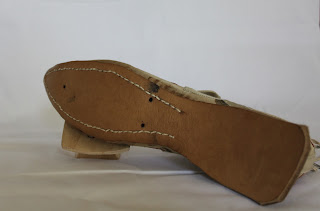 On the first shoe we stitched the outer sole to the rand before working with the heel.  It wasn't easy.  So, second time around the heel was pasted in first, then the sole was stitched on. 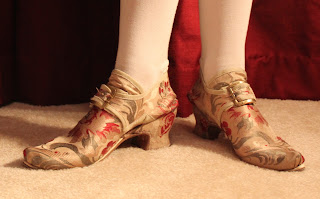 In order to keep the toes properly pointed, there is a small piece of whittaw in between the silk and linen that continues back along the last line to the ball of the foot. 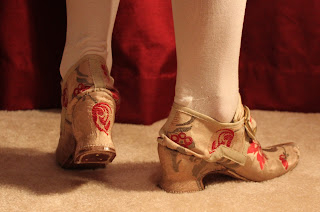 Such big heels!  Shaping them was such a chore I went out and bought proper wood working tools.