I recently purchased Elephant's Breath & London Smoke, by Deb Salisbury.  It's a long list of colors and references to them throughout history (and a very fun book).  I pulled some of the names/definitions I know from colors that were used in the 18th century.  I avoided the very obscure I had never heard of or the common "Place" + Color.  Not all of the definitions are from the 18th century, but all of the words were shown with listings that early (some are used to describe a person's clothes, etc).  This post is all about Red.


Red: One of the primitive colours, of which the human blood is. Royal English Dictionary, 1775.
Crimson: A deep red colour, mixed with an appearance of blue.  Figuratively, in Poetical Language, ufed for a dark, or any degree of a red. Royal English Dictionary, 1775.
Claret: For a rich claret brown, approaching to a plum color. Practical Treatise on Dying, 1834.
Cherry: Cherry red. Crimson red mixed with a considerable portion of brownish black. System of Chemistry, 1817.
Vermilion: A lively, brifk, red colour. Royal English Dictionary, 1775.
Cochineal: The decoction of cochineal is of a crimfon colour, inclining to violet. Elements of the Art of Dyeing, 1791.
Poppy: The most beautiful red imparted to silk is that termed Poppy. Circle of the Mechanical Arts, 1813.
Scarlet: Scarlet Red is a bright and high Red, with fcarce a tint of Yellow. Philosophy of Mineralogy, 1798.
Marone/Maroon: A brownish-crimson or claret color. Webster's Academic Dictionary, 1867.
Madder Carmine: Is an exceedingly bright red color. Practical Treatise on ... Colors for Painting, 1874.
Rasberry/Raspberry: Another incarnate or Flefh colour called a rasberry red. Dictionarium Polygraphicum, 1735.
Ruby: A color of a deep rose-red. Dictionary of Dyeing and Calico Printing, 1869.

My favorite for this post is Cochineal.  Named after a Mexican beetle which was used as a red coloring.  They have some crushed up in the Apothecary to show off/scare children with.  Interestingly enough, it was also used to dye makeup and food in the 18th century and still is occasionally today (labelled as Carmine most often). 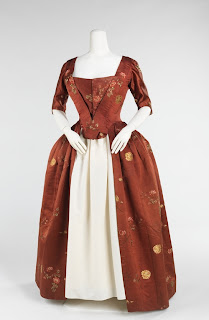 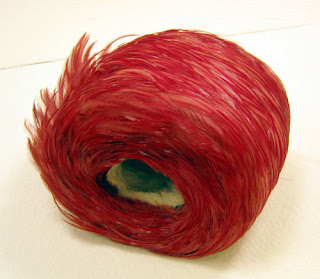 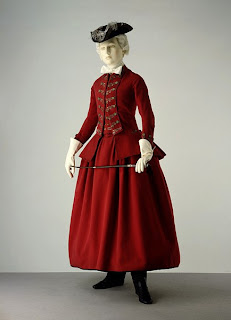 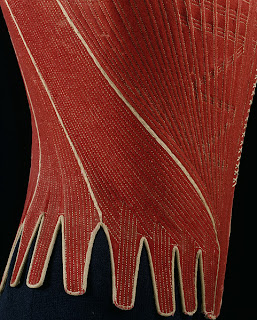 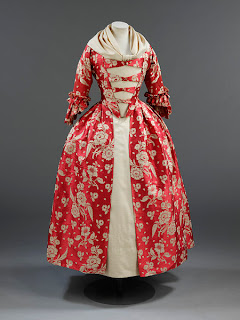 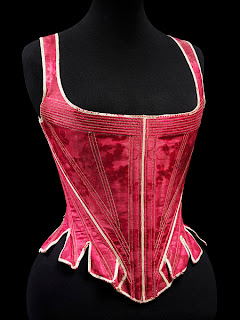 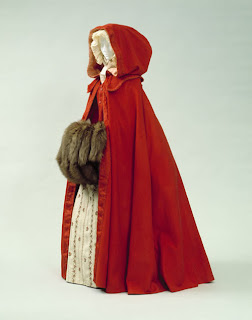 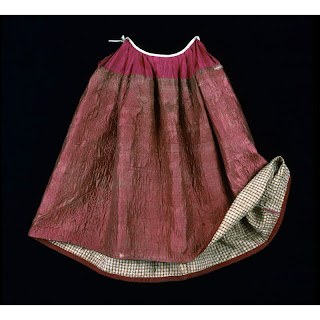 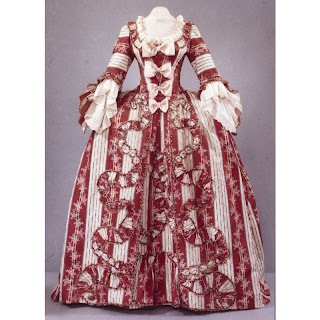 Loving the color post :) I am so nervous about making a color mistake that I have been sticking to blues and browns and "boring" colors so it's nice to see the cheery red things.

Also I think that for a while cochineal bugs were used to make the red dye for red M&Ms...mmm bug candy.

Have you read "A Perfect Red" by Amy Greenfield? It's a great book and gives a pretty comprehensive history of the color and the political and creative shenanigans that have surrounded it over the years.

Your post are always so interesting and informative. Thank you :)

MMmm...red! Historical reds are so pretty, they have such subtlety compared to the aniline reds.

Interesting that all the red names are still colours and names that I recognise, and would describe in much the same way. Some of the other colours and shades have names that are much more obscure. I wonder why that is?

Cochenille is still today in use on the canary islands to dye saussages. I saw it on the desk of a butchers shop there! But back than I didn't know that I could use it for authentic make-up one day ;)
Did you know, that red was considered a "male" colour? I have read it in a very intersting germand book about the psychologie of coulours. In the christian colour-mythologie red is of course connected with the blood of crist, while blue is the colour of the virgin Mary. Although is red the colour of fire and men were thought to be the hot and drye sex, women were said to be cold and wet = water = blue.
If you have a close look to portraits of toddlers of the 17th and early 18th century you will recognize, that boys wear mostly pink ribbons, and the girls light blue (there are exeptions of course, and it seems that in the later 18th century this "rules" were more and more abolished)

Dear Nicole,
Your research helps me to help the women of the BAR 'Brigade of the American Revolution' to make and wear the right things as we interpret the life of the common foot soldier (and women) of the American War for Independence. Thanks!

Once saw a cochineal whole
cloth quilted coverlet that I thought to be a reproduction, so intense was
the color...only to find it
had been in continued use and was about 200 yrs old..
amazing.