Taking a break this week from instruction so I can catch up and get pictures of a few detail options like pockets and buttonholes. Instead, I figured I'd show you some of the finished pieces I've been using as examples.

First is a 1940s coat made using Wearing History's Veronica pattern. I chose a Pendleton wool plaid for the outer and a rayon bemberg lining, which I usually get from Britex. It's weird for me, but I didn't make any alterations to the pattern, just used the smaller sleeve top provided as an adjustment. I did end up with a much more complex interfacing than was instructed or needed, however. This was the coat I used for as the main example in Collars & Lapels as well as Tailoring Stitches, so there's plenty in those posts about it's construction! 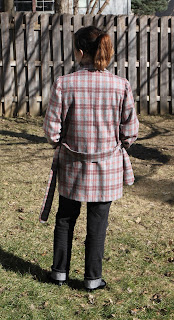 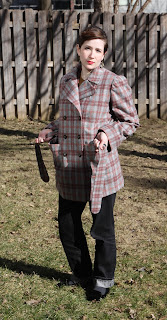 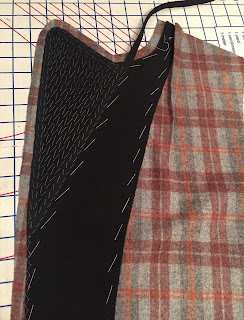 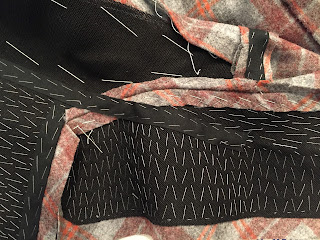 This 1950s suit was a much more complex process. I purchased a single sheet French pattern on Etsy and it came with minimal instruction. I had to adjust the size of the pattern down a fair amount after copying it to individual pieces, but it's still a little larger than I would like. I based the interfacing structure on a couple of examples I was able to handle, trying for the New Look stiff hips. I used an olive wool from Burnley & Trowbridge (I stocked up on wools from them recently, so expect quite a few suits!). 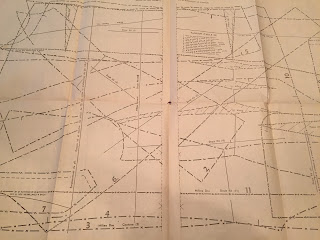 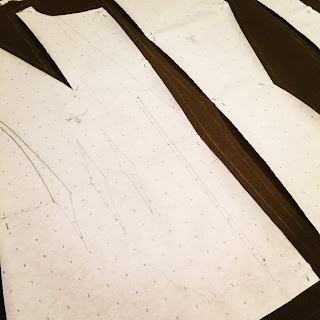 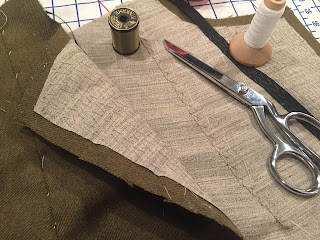 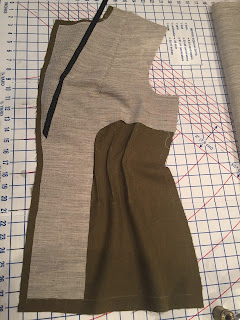 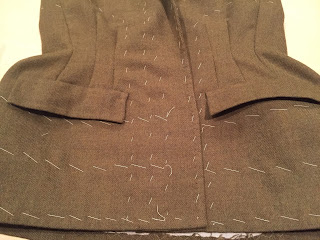 Love love love! I am in awe.

I so like this plaid fabric. It looks cozy and a little strict with this shape at the same time.

Outstanding web site high-priced When i secure the a number of facts on the medial side this kind of web site tactics. Source appreciate it advertisements created for excellent web site which in turn regularly internet site. Private investigator london

Great tips and very easy to understand. This will definitely be very useful for me when I get a chance to start my blog. bed sheet set with comforter

Wonderful article, thanks for putting this together! This is obviously one great post. Thanks for the valuable information and insights you have so provided here. Best Holidays Packages

My partner and I stumbled over here different website and thought I might as well check things out. I like what I see so now i’m following you. Look forward to checking out your web page repeatedly. Geetha M Arora

You truly did more than visitors’ expectations. Thank you for rendering these helpful, trusted, edifying and in addition cool thoughts on the topic. car interior cleaning perth

There are currently acquired got came to this no . a few excellent challenges the following. Doubtlessly beneficial book-checking intended for after time for. When i have the aggregate work somebody reach to make, for example, remarkable important site. Chile License Plate embossed with custom number or text

Hi! Somebody within my personal Facebook workforce allocated this site around thus i found encourage the concept the glimpse. Now i am completely doing your best with the ability. Now i am book-marking and is likewise tweeting this kind of to be able to our audience! Excellent website and outstanding preferences. European License Plate Holder for Fiat Abarth

I all the time used to study article in news papers but now as I am a user of net thus from now I am using net for posts, thanks to web. Take a look at my homepage.. WHOLESALE BRAIDED WIGS