This will be a walk-through of a very basic construction for the collar and lapels. There are so many different ways to adjust this, particularly around the shoulder area. As I continue making different styles of suits I'll make more posts of their innards, but this will stand as a good base. 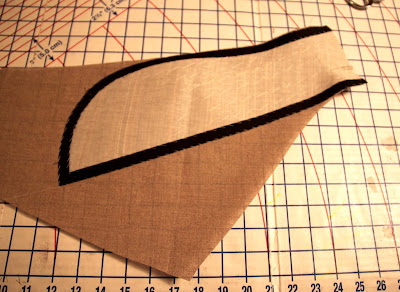 Before we baste the interfacing to the fronts we need to complete any work done to it like darts, splits, or extra layers. The darts are worked by cutting down the center of the dart, overlapping, and cross-stitching both raw edges down. You'll see the same method used below for seaming. If there are multiple layers involved, as above, they'll need to be pad-stitched together and any taping of the edges done. I then pad-stitched a flannel layer over the horsehair section.

The finished interfacing layer is then basted onto the front. Baste along the inside edge as well as up the outside and along the roll line. Don't baste around the collar because the pad-stitching will shift that edge. 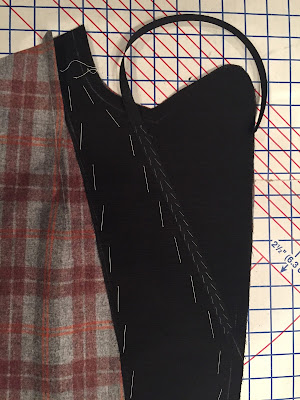 Tailors tape is stitched along the roll-line. You can end the tape before the seam allowance on both ends or leave the top long to extend into the collar later. I've used both, but haven't found enough of a difference to have a preference yet. 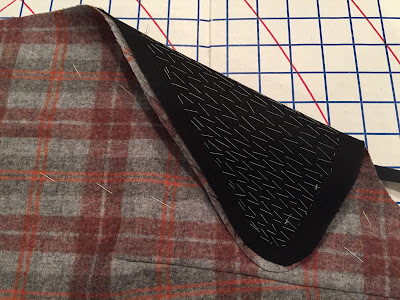 The collar is then pad-stitched. 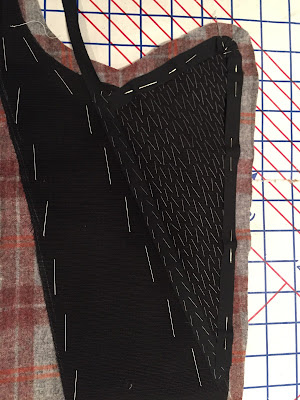 Trim back the seam allowance and pin tailors tape around the edges. I prefer to do it inside of the stitching line so the fold isn't as bulky, but you can set it further out so it's stitched through when attaching the facing later. 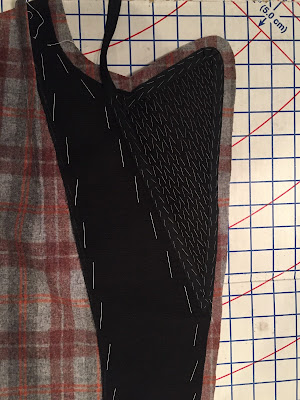 The tape is stitched down, making sure to press everything well to reduce bulk. 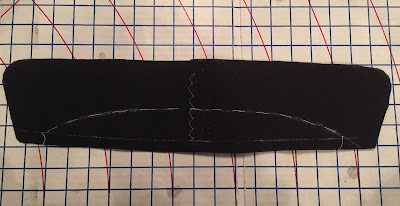 The collar interfacing is cut on the bias, just as the undercover is. The seam is overlapped and cross-stitched. I basted only along the roll line. If I had not kept the front tailors tape long I would have placed some across this line at this point.

After pad-stitching the collar into shape, trim back the seam allowance. The collar can be hand or machine finished. I always hand-stitch the neck seam, but vary on the outer edges. Whatever edges will be handworked should be folded over and cross-stitched down. 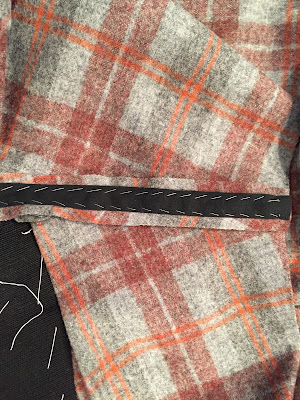 When it comes to the body being assembled there are a few options for the interfacings. They can be left a little long and brought out to overlap the open seams and cross-stitched down to them, caught in the seam being stitched, or cut back and the seam allowance stitched down to them. If you aren't using an interfacing that will extend and support the entire shoulder seam you'll need to tape the seam. In some cases the shoulder pad is inserted between the interfacing and exterior (and pad-stitched in); that seam will also be taped. 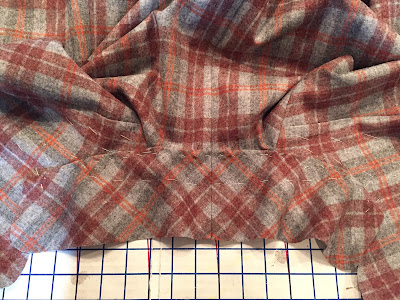 The collar is overlapped onto the neck and felled down. The seam is then opened and pressed. 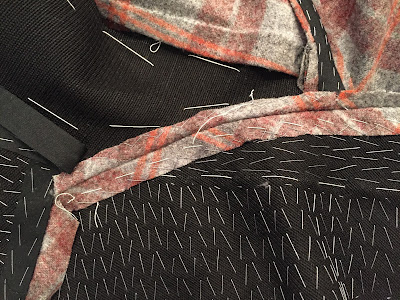 The front neck seam allowance is folded down and cross-stitched to the interfacing. It's left loose along the back. 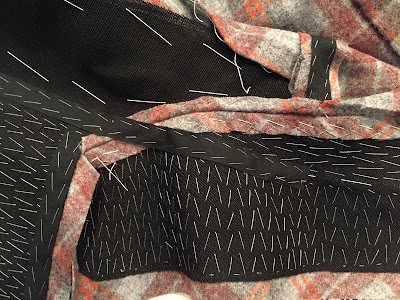 The tailors tape is stitched across if you're using this method. It doesn't need to extend all the way to center back. 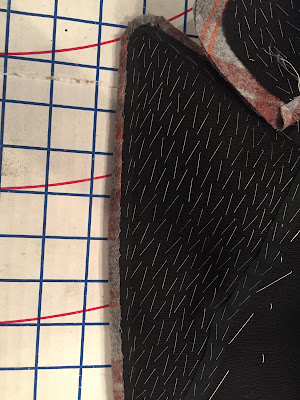 After the front facing is attached the seam allowance is folded to the interfacing and cross-stitched down. 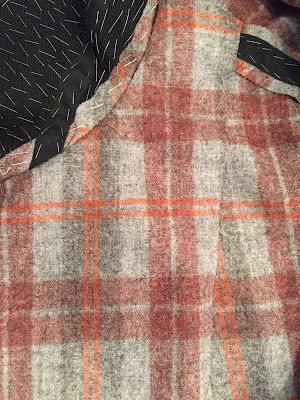 Fold the facing back and press. The neck edge is felled and the inside edge cross-stitched. 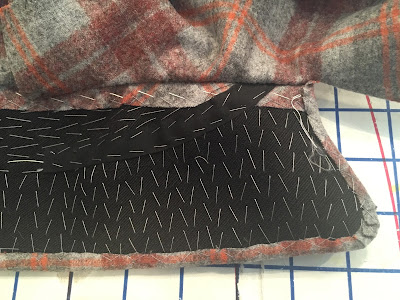 The upper collar is then attached, the seam allowance stitched down if done by machine before turning. If by hand the edge is felled instead. The neck edge is then clipped at the shoulder seams, the front edge folded back and felled to create a finished seam, the back is left hanging down and will be covered by the lining (if not lining then all is folded and felled).