I launched myself back into tailoring women's garments last Spring with this 1914 suit. I based the design on a few photographs of women at Longchamps or in Paris. (I'd love to have sources for either of these beyond the Tumblr/Pinterest infinite circle). 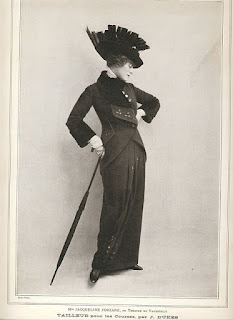 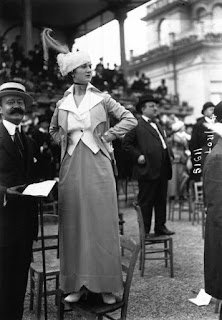 The pattern itself was drafted from Thorton's, starting with the "Shoulder-cut Jacket" and making a few alterations to get the right lapel shape. 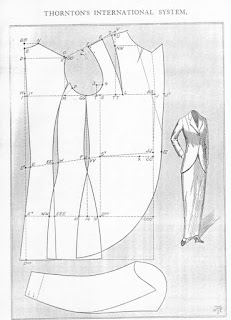 The skirt is the "New Peg-top Skirt". 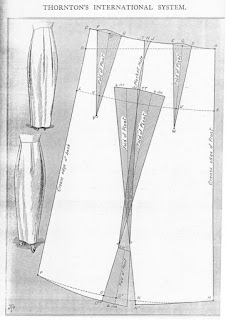 The fabric is a heavy wool, from Burnley & Trowbridge, that has the most amazing hand of anything I've ever worked with. I bought all they had left and still lament I don't have more! The waistcoat is a twill linen with a glossy sheen. Accessorized with American Duchess shoes and Italian leather gloves I bought in Florence, this is one of my favorite ensembles I've ever made. 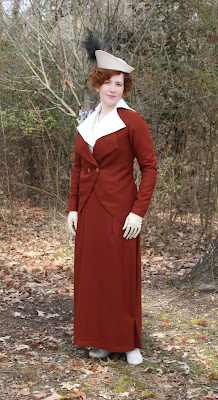 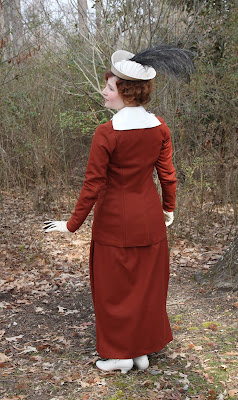 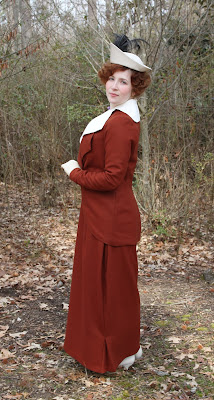 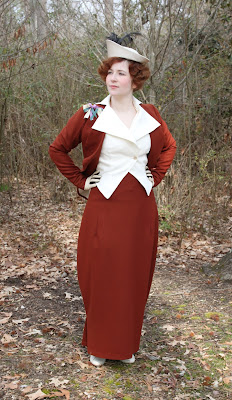 I didn't take nearly as many photographs of the process as I should have, but there are at least a couple of important ones. I tailored the jacket very similar to how men's coats would have been done during that time. The waistcoat also had a layer of canvas in it, but there wasn't any pad-stitching. 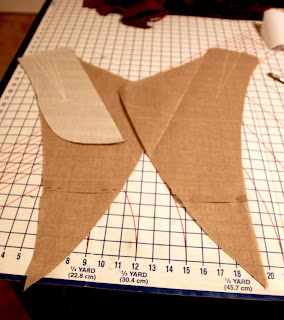 Linen buckram for the main body with horsehair for the chest. 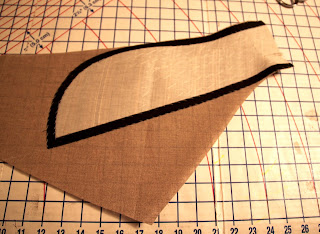 Once pad-stitched together a strip of tailors tape keeps the ends of the hair from poking. There was also a layer of flannel that covered to just outside of this piece. 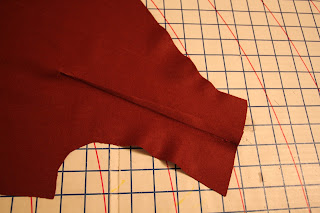 Ironing done to stretch and shrink the neck and shoulder areas before applying the canvas (which was worked with darts, splits, and ironing to achieve the same shape).

The hat was made from a buckram shape, rounded to fit a head, and I added on the buckram for the brim shape. It was then finished off with wire and tape and covered in a silk-mix fabric (the same lines the jacket). The feathers are an antique spray that easily pins in. 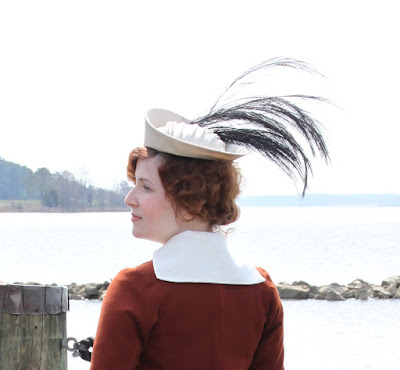 Back in 2012 I made all of the undergarments needed for this time, just in case I wanted to use them for some of the Titanic projects I was doing. I ended up choosing to go corsetless for the dinner (thank goodness), so these pieces had never really been used. 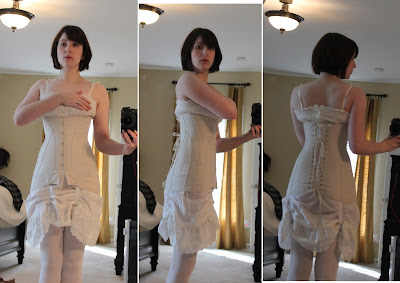 A bottom slip of cotton using wide eyelet lace for the bottom and for a sort of empire style top section (gathered on a bit to allow for bust room). It buttons up the back and ribbons threaded through the eyelet pattern work as straps (and can also be removed if the straps are visible on an evening gown style). 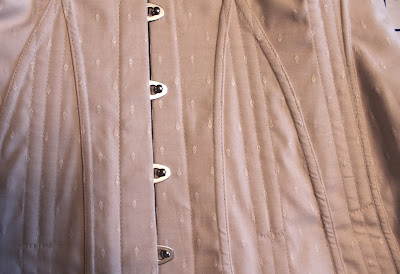 The corset is a layer of coutil and a thin (but strong) figured cotton. The boning channels are made from strips of coutil. 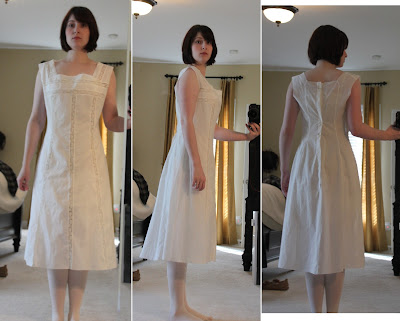 There was a project series done that year with making 1912 patterns available digitally. This slip was one of them, though not quite finished in the picture. There is lace inset between each piece and it too buttons up the back. This goes over the other slip and corset.

Your suit is perfect! I love Burnley & Trowbridge's selection of wools. That colour is gorgeous & it's a lovely ensemble!

The suit looks just about perfect with your hair! And thanks for the insights on construction and underwear!

Your suit looks beautiful! The color is just perfect.

I agree! A beautiful color on you. I'm envious of you being able to use the older patterns like this.
Val

Gorgeous ensemble! What a beautiful color of wool, such a great choice! I would have bought it all up too :)

Vintage style is beyond words. Love your look!

Hi Nicole! Are you the user "colevintage" from the Reddit AskHistorians forums? If so, would love to get your input for a Today Show story -- please email emmaaubryroberts@gmail.com if you are interested. Thanks! Embry

The jacket of the season for me has to be the Bomber Jacket. i love this jacket so much!!! I always get questions where i get it from and I'm glad to get it from Famous movie jackets. They have huge variety of leatherjackets, Women's Celebrity Jackets, movies jackets and lots of more.

Bulk texting has become increasingly popular in the last decade. Businesses have adopted it into their system for internal and external communication in order to exchange information at will. This information includes notifications, alerts, digital receipts and verifications like OTPs as well.

Good article! I really love how it is easy on my eyes and the data are well written. PRIVATE DETECTIVE

I really loves this site I give the ceo of this site really deserves an accolades. Well done for the hard and and smart work got this site. Don forget to latest Instrumental and freebeats for 2020 download latest 2020 songs Naija songs