I fixed the previous post (somehow it had posted, but then reverted to being a draft) and am finally back to finish up the trip.  There's a lot going on over the next month, so there should be some fun posts soon. 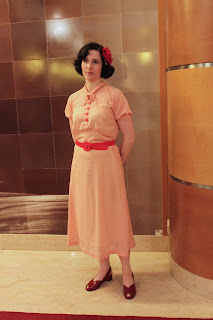 I can't pinpoint exactly what this dress is based on- more a combination of three or four images.  The fabric is another vintage something-or-other.  The buttons and belt buckle were purchased as a set (why don't they do that anymore?). 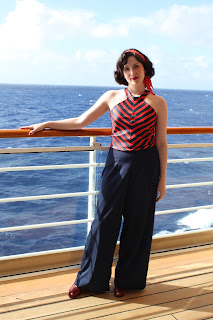 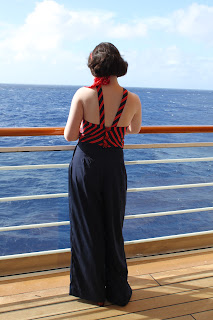 Beach Pajamas!  Seriously, the most comfortable outfit ever.  The trousers are a suiting weight while the top is silk (and only took two hours to make).  Based mainly on photographs of women on the beach. 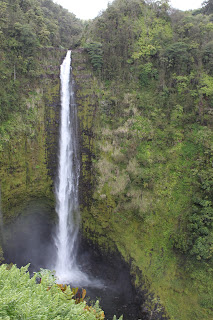 I promised a few beautiful island shots, so here is 'Akaka falls near Hilo, Hawaii. 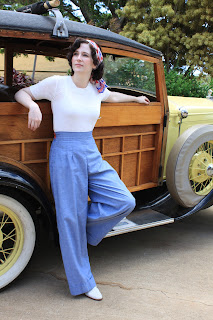 Our tour on Maui took us to a plantation, which just happened to have an old 1931 Woody. 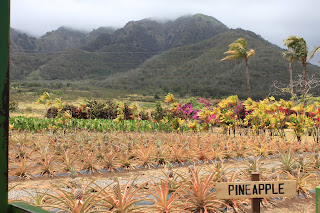 Ever wonder what pineapple plants look like?  Each one only grows a single large pineapple. Some have smaller ones to the side that are used as canned or pre-cut. 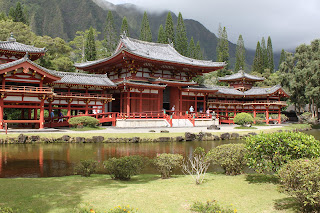 I had been to Honolulu before, so we took a tour to the North Shore of Oahu.  This is the Byodo Temple. 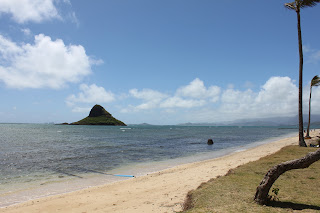 This little island has been nicknamed Chinaman's Hat. 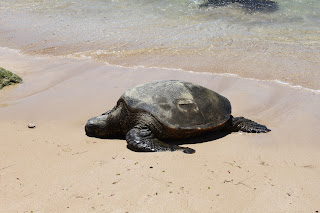 There was also a beach which so commonly has sea turtles, there are people who volunteer there every day to make sure they stay safe and no one gets too close.  This little lady weighs over 200 lbs! 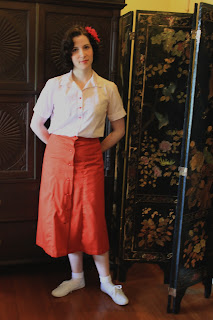 Our last island was Kauai with a stop at a 1930s plantation.  This ensemble was made from a couple of original patterns.  The skirt, made from a herringbone cotton, has a matching pair of shorts under it.  The shirt is a white figured muslin with red pinstripes. 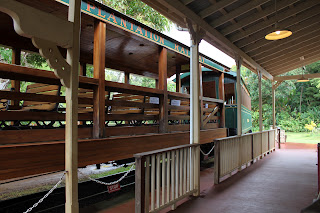 The tour of the grounds was by train! 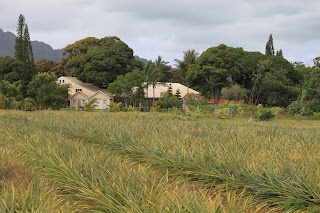 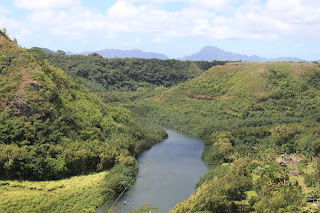 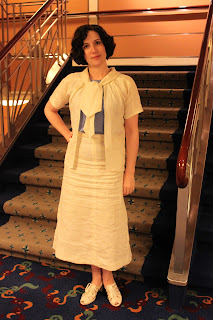 This suit was based on a pattern image.  It's made from the same corded linen as my black and white dress from the last cruise. 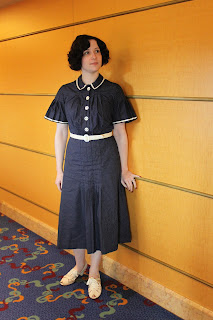 Another combination of inspirations on this dress.  The fabric is a dotted cotton with some bias tape trim and big mother of pearl buttons.

Love all your outfits!!! Wow!

I love the beach pajamas - they're fantastic!

Oh my gosh, those beach pajama's sure are swell. Did you use a pattern? I am trying to locate an quick and easy pattern. Cheers!

Amazing! I will check those out. :D